When your organization is dulled by negativity, stress overload, declining customer service, lack of teamwork or poor communication — Sheryl Roush will help raise the bar, create excitement and help make your organization SHINE!

.
ALL TOPICS ARE AVAILABLE FOR
LIVE VIRTUAL PRESENTATIONS

Since 2012, Sheryl Roush has been presenting online and virtual presentations, from teleclasses, teleseminars, webinars and online courses, and on a variety of platforms, including Zoom, WebEx, Streamyard, Hopin, Skype, GoToMeetings and more. She is a #CertifiedVirtualPresenter and a #Zoom Event Producer, creating “sparkling” EXPERIENCES. #VirtualEvents  #VirtualPresenter  #BusinessCommunication

Bringing effective techniques from live presentations into your virtual programs, your attendees are engaged, laughing and learning!

CEO of Sparkle Presentations, Inc., Sheryl is an internationally top-rated presenter and an #AccreditedSpeaker known for delivering highly-tailored, high-content, how-to presentations. Highly-engaging, she was voted by attendees in eight countries as Most Interactive Trainer. Programs are sprinkled with lightheartedness, real-life situations and practical tips. She does her homework, customizes your program, comes prepared, then adds more than you (or your attendees) even expected!

"I had the pleasure to attend Sheryl's virtual training on presenting like a pro and it was one of the highlights of my year so far!  Sheryl is not only a fun and energetic trainer but also very detail oriented. She walked us through every stage right from preparing to presenting and post-presentation which was truly well crafted. I started implementing her tips the same day for my virtual calls with teams in Asia by focusing on the gotta-know in the body of my message. Since I work a lot with cross-functional partners from around the globe, it is important for me to ensure engagement throughout the meetings. And I can already see Sheryl's training help me!"
- Akanksha P Mohla, MBA, Manager Global SIOP at Mattel, Inc.

"Sheryl, you have a special talent for engaging the audience in an inclusive and relaxing way. I've rarely seen a presenter connect with an audience in such a short time. It was quite impressive to witness! I also appreciate the way in which you were able to tailor the presentation based on the specific needs and requests you received from us in advance."
- James F. Anderson, President & CEO, CalSAE, California Society of Association Executives 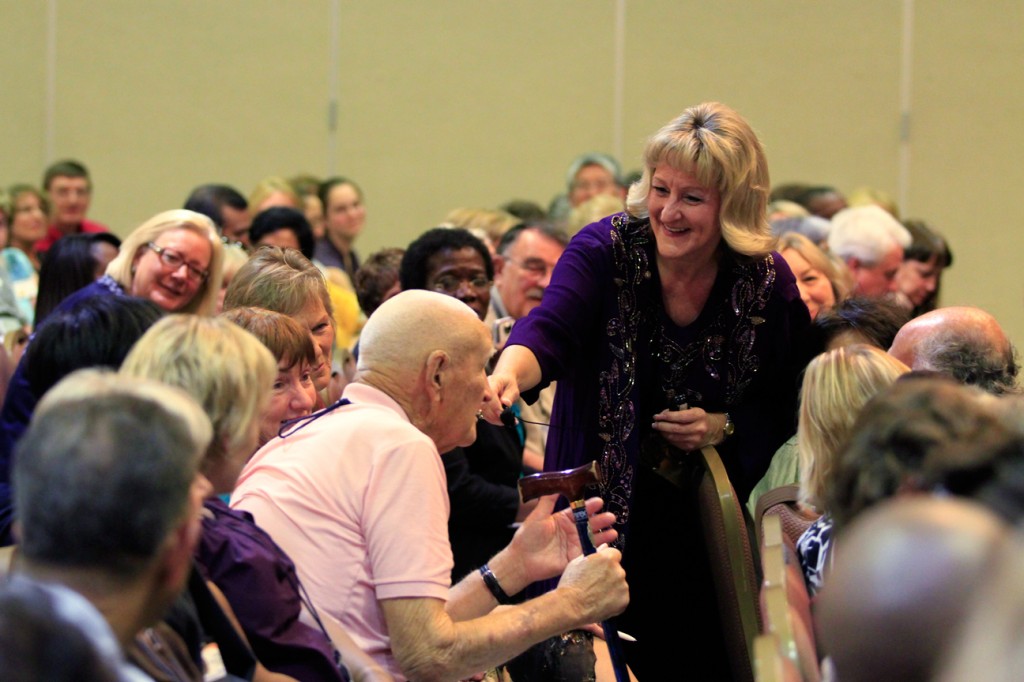 Feeling stressed out?
Need an energizing boost in your attitude?
Feeling high pressure and demands with your workload?

Need to boost morale in your organization?
Are people stressed out?
Working harder and doing more with less?
Not feeling appreciated? 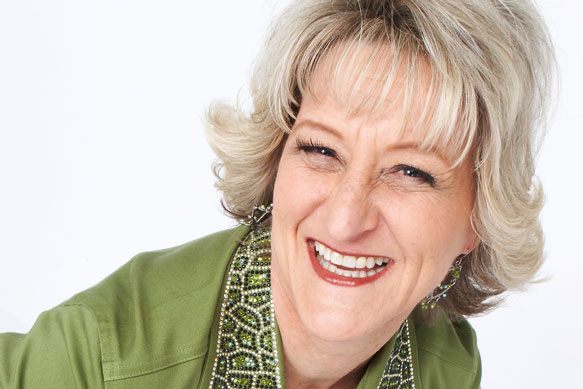 7 Secrets to Connect with Anyone

How to Communicate with Anyone, Anywhere! 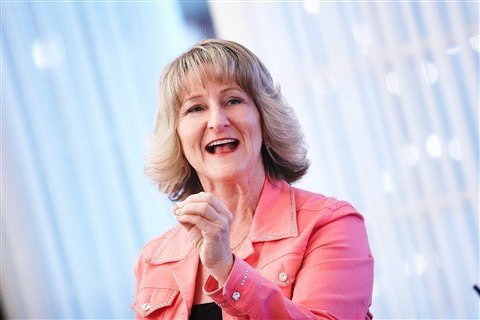 Customer Service with a Heart

Putting a positive attitude, connection and spirit to work 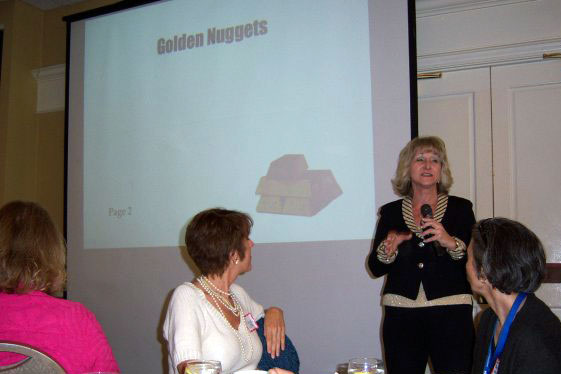 Time- and cost-saving shortcuts to get the results you want from your promotional materials. 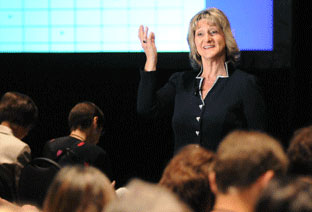 Tips, techniques and strategies for effective public speaking, in person and online. #VirtualPresentations

As a sought-after speaker, Sheryl has presented more than 3,500 programs,
to groups as large as 5,000 (receiving standing ovations). 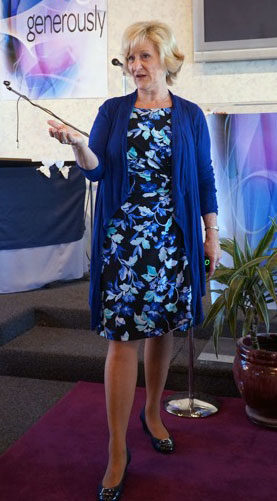 She has opened on stage for Marie Osmond and keynote closed for Geena Davis... and has spoken on programs alongside celebrities including Olivia Newton-John, Jane Seymour, Art Linkletter, Marcus Buckingham, Good Morning America’s Joan Lunden, and Suze Orman. In 2007, she presented the closing address to seven nations in the Arabian Gulf District 79 and was the only woman on the three-day program.

In 1993, Sheryl was the sixth woman in the world (and the youngest) to be honored by Toastmasters with their elite Accredited Speaker designation for “outstanding platform professional speaking” (scored in six categories). Only 75 have earned the award in 142 countries. For enhancing global communication and leadership, Toastmasters honored Sheryl with the 2009 “Presidential Citation,” selecting her from over 260,000 members.

A Professional Member of the National Speakers Association since 1990, Sheryl earned the “Golden Microphone” from the Greater Los Angeles Chapter, and was selected “Member of the Year” award from both the Los Angeles and San Diego Chapters.

She has presented over 3,500 programs in eleven countries, with rave reviews, standing ovations and lasting results. Additionally, Sheryl addressed 1,000 delegates from 7 nations in the Arabian Gulf, and was the only woman on the three-conference program and formal press conference.

As a 17-time published author, she has been interviewed twice by Montel Williams on Montel Across America, and numerous radio, BlogTalk shows and television stations. 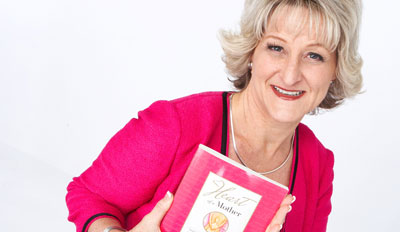 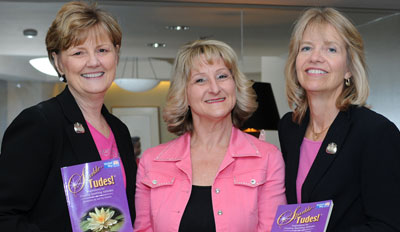 As hundreds of satisfied clients can confirm, Sheryl Roush should speak at your next event! 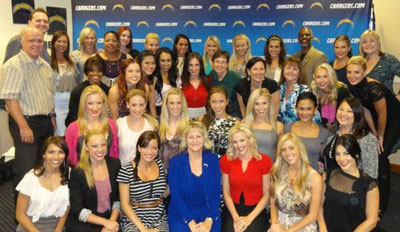 Polish your speaking and presentation skills by working one-on-one with Sheryl Roush. 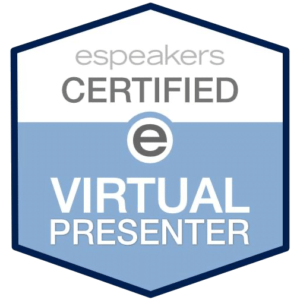