I’m an “Air Force Brat” and proud of it, too.
My favorite colors are red, white, and blue!
My Dad served our country for over 30 years,
In the United States Air Force and the U.S. Army Air Corps.
My Mom made sure it was a team effort for all of us, too,
keeping a positive attitude with every new move.
As soon as she’d hung just a picture or two,
it was suddenly “home” and we knew what to do.
What’s it been like for all of my life?
It’s a privileged adventure, a constant safari.
You learn about kids all over the land, what they are made of, happy or sad.
We were stationed in California (three times),
Alabama, Guam, Georgia, Kansas, and Nebraska (twice).
Twelve different schools in 16 years—what an adventure—what a career!
Over and over, I’ve been the new kid at school,
Trying to fit with a group that is cool.
Sometimes I’m a loner, waiting to find
some other new kids who are also my kind.
First day of school, often scary or funny.
What will they wear? How will they sound?
Southern accents? Yankee clips?
Midwestern twangs? California quips?
Be invisible; get the lay of the land.
What’s out there to greet you?
Town kids or other “service brats?”
City kids often lock the door,
They might try to make you feel different or even poor.
But after a little while, not very long,
you look around to find you really belong.
The group or the church kids or the ones from school
have opened a tiny door and you’ve earned your way in.
So now you can see, in so many ways,
I’ve learned to live anywhere,
That’s the great joy of being an Air Force Brat! 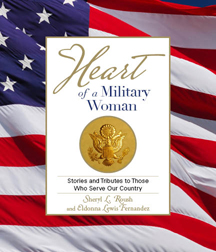