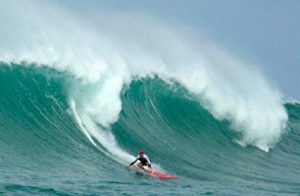 One of the most difficult forms of public expression are those in offering eulogies, or tributes at a loved one’s Celebration of Life Services.

When my brother, Steven T. Roush, passed suddenly April 29, 2011, from a standard chemotherapy treatment for his Melanoma, his wife, Mary Gary Roush, RN, CDE, asked me that morning – through our shared shock and tears – to conduct the services in our home town of Chula Vista, California. Although raised in San Diego, Steve’s heart and passion was living on the Garden Island of Kaua’i, Hawaii. He fell in love with the culture – and surfing – while an Intern in Parks & Recreation through San Diego State University – and knew he’d found his calling.

As a speaker I pride myself in tailoring every program I do, but conducting Steve’s memorial services stretched even my veteran skills. When the heart is engaged, the words of our love can truly flow abundantly. The theme celebrated Hawaiian traditions, including fresh flower lei’s I presented to our family at the beginning of the program. In stead of black, people wore lively color prints and white. The music featured Steve’s favorites – from Hawaiian tunes by Kealoha Kono, to The Beach Boys to  “Pipeline” by the Chantay’s. A living garden was created on the carpeted meeting room – since Steve was a noted landscape designer and owner of Kauai Seascapes Nursery. The slide show I created offered captions and in sections of his early years, our family, his marriage and their two daughters, the Cats, the exotic plants, the custom pool he designed with waterfall and volcano spa, surfing safari’s, boat fishing trips and skin diving adventures.

Laurie Z., was Classically trained as a pianist from the age of 4 – and nominated for eight Grammy nominations for Roots. Laurie was well-known for her masterful in-concert improvisational compositions and  Laurie Z. concerts were frequently mentioned as a ‘Top Pick’ in the Los Angeles Times. Her concert performances often included audience participation where she would ask for a subject idea and musical key from the audience from which she would improvise a song. Laurie recorded this song in May 1998, which remained untitled until selected for this tribute, now known as “Surfer Steve” and is being played on radio stations around the globe. Special thanks to Janet Cucinotti at Zebra Productions Music.

To make a donation to the Botanical Gardens in Steve’s name.
He served on the Board of Directors for years.